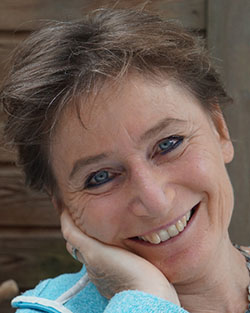 After working as a general oncological pathologist and hematopathologist for almost 20 years at the Netherlands Cancer Institute in Amsterdam, the Netherlands, Daphne de Jong was appointed as full professor in Haematopathology at the Vrije Universiteit in Amsterdam in 2012. She is involved in pathology diagnostics with a focus on malignant lymphoma in daily patient care and in pathology review of clinical trials as coordinator of the HOVON Pathology Group. Her research program is translational and oriented to the application of molecular and immunological knowledge for direct clinical application. The team has expertise in molecular techniques such as FISH, WES and targeted NGS as well as spectral fluorescence immunohistochemistry for microenvironment monitoring. The program is embedded in national (HOVON) and various international collaborations, such as the Lunenburg Lymphoma Biomarker Consortium. She has a focus on large B-cell lymphoma, follicular lymphoma and lymphoid proliferations in immune deficiency and dysregulation.

Daphne de Jong has been active in the Executive Board of the European Association for Haematopathology as secretary-treasurer (2008-2016) and as the first female President of EAHP since its foundation in 1986 (2018-2021). She is one of the Expert Editors of the 5th edition of the WHO Classification for Haematolymphoid tumors (WHO-HAEM5).